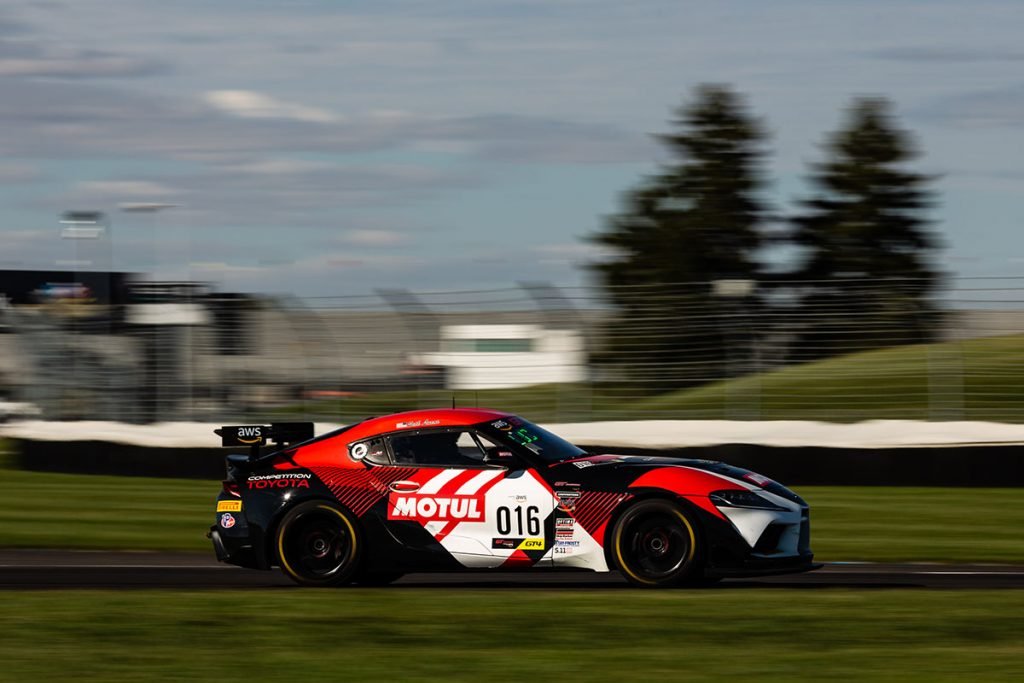 GT America Presented by AWS rookie Seth Lucas has proved that he was a force to be reckoned with this season. After running the first half of this season in the Pirelli GT4 America program, Lucas made the switch to GT America where he began to find his stride scoring a podium sweep in his first weekend at Watkins Glen International, a performance he repeated this past weekend at the season finale at Indianapolis Motor Speedway. Seth Lucas also went on to claim the victory in the International GT Challenge Indianapolis 8-Hour and was named the GT America Rookie of the Year during Sunday’s evening annual awards banquet. 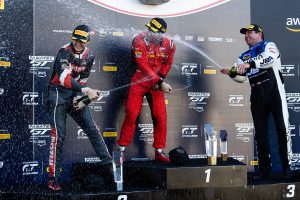 After participating in two practice sessions and qualifying, Lucas found himself ready to race Friday afternoon for the first wheel-to-wheel action of the weekend where he would start on the outside of row two. Displaying some impressive speed in his Toyota GR Supra and working his way quickly through the field, Seth battled hard for a spot on the podium all while keeping pace with the eventual race winner.

“We had a decent qualifying, and we were able to move quickly up toward the front of the field but just didn’t have enough to pass for the win,” explained the 16-year-old Seth Lucas. “I was able to create a gap of a few seconds between us and the rest of the field, so the end of the race was just a battle between myself and the leader. I was pushing quite hard and was on the edge on occasion, but we brought it home in one piece and celebrated on the podium.”

While battling for the top position, Lucas finished the first race with an incredible save on the last turn of the last lap as he touched the grass on the exit of turn 13 narrowly missing disaster with the outside retaining wall.

Lucas continued, “It was close but if you aren’t pushing hard, you shouldn’t be racing.”

Returning for the second and final race in the GT America series on Sunday, the Hattori Motorsports driver’s speed in race one positioned him second on the grid for the start of race two. Maintaining his presence at the front of the field since the start, Seth drove to his second podium result of the weekend.

“We were not worried about championship points in Indy, but we wanted to finish strong and prove our pace as we evaluate next season’s options,” added Lucas. “A pair of podium results to finish the year only builds momentum for 2023.”

Despite missing the first half of the season, Seth Lucas finished in the top-five in the championship point chase and was awarded the GT America Rookie of the Year honors during the SRO Motorsports Group annual award banquet on Sunday evening. 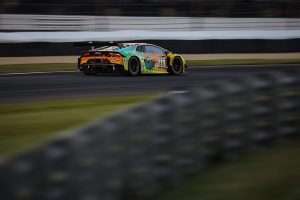 Not only did Seth Lucas have a podium sweep in the GT America series, but Lucas also made history by taking home top honors in his class in the second-ever GT Challenge Powered by Pirelli Indianapolis 8-Hour race. Alongside his two co-drivers Jason Daskelos and Jason Harward, the trio piloted their Lamborghini GT3 late into the evening from a second-place start to a first-place result and celebrated at the famed Indianapolis Motor Speedway victory lane. Lucas and his team Zelus Motorsports were among the first teams to ever run a race at the famed Indianapolis Motor Speedway in the dark and kissed the bricks as only winners do in Indy.

“Winning in Indy is only something I could have dreamt of,” added the young talent. “It was my first ever GT3 event and I enjoyed it. I gained some more experience, and it opens another door for next season.”

Following the event, Seth Lucas confirmed to the media that he will compete in the 24 Hours of Dubai in January. With an official announcement in the coming weeks, Lucas will compete at the Dubai Autodrome from January 12-15. Stay tuned for more news soon.

Lucas would like to thank Hattori Motorsports, Motul USA, and Toyota for their continued support in 2022 and onwards into 2023. A big thanks to Zelus Motorsports for their trust in putting Seth in the car and helping guide the team to victory in the eight-hour endurance race this weekend.