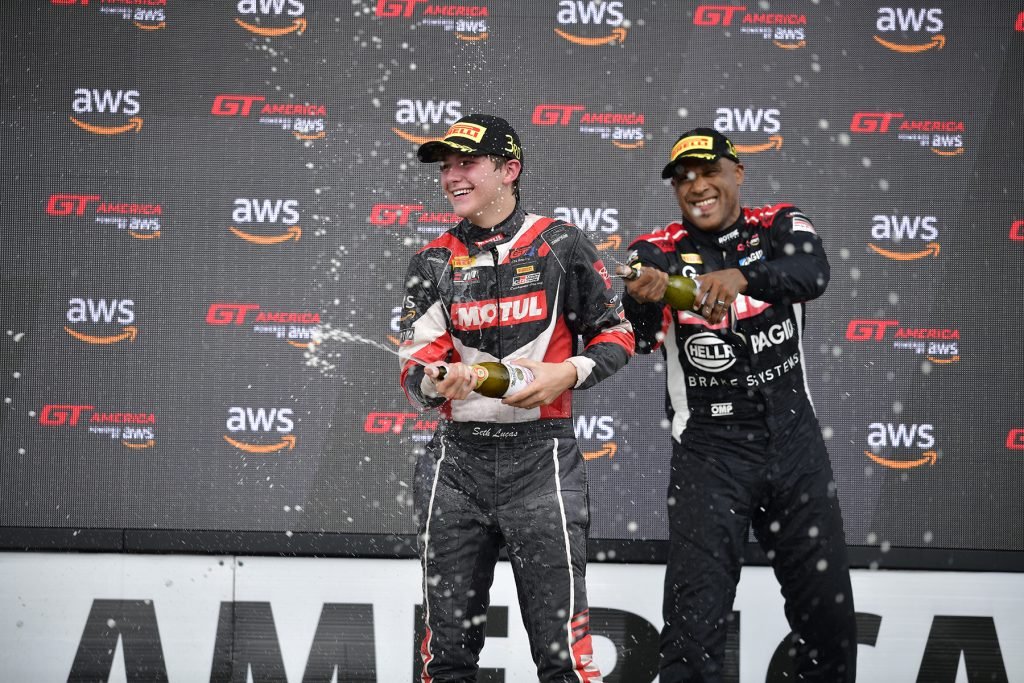 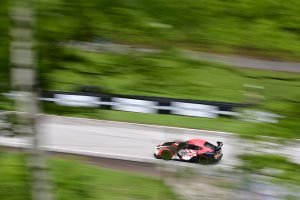 It was only his second event weekend in the GT America Powered by AWS but it was another podium-winning one for Motul USA branded driver Seth Lucas. Piloting a Hattori Motorsports prepared Toyota GR Supra, Lucas rocketed his way to another podium result at the 4.048-mile Road America to earn three trips to the podium in four races since making the switch over from Pirelli GT4 America.

“Another great weekend, but it also had some drama,” explained Lucas. “Unfortunately, I was involved in an incident in Sunday’s race after the caution flag flew while leading. The outcome was not what we expected and as a team, we were a bit taken back by the way it was all handled.”

After qualifying fifth on Saturday morning, Lucas went to work in the first wheel-to-wheel race of the weekend. Despite only being sixteen years of age, Lucas drove like a veteran as he worked his way towards the front of the field. Battling hard and showing his speed, Lucas secured the third step on the podium. Coming off momentum from a double victory at Watkins Glen a few weeks ago, Lucas is proving that his natural skill behind the wheel of a race car is no fluke.

Looking to continue his podium-winning ways on Sunday, Seth had led the second half of the race and looked to be driving to another win. However, a full course caution came out for an accident on the other side of the course with only two laps remaining. Despite dominating the on-track action, Seth was driven into by the second-place driver, who ended up being transported to the hospital, as he was unaware of the caution flag even after it being displayed for 45-seconds prior to running into the back of the Toyota. With the race halted for cleanup and never restarted, Seth’s car sat on the sideline heavily damaged. Seth would have won the race and even after the series deemed the running order official at the time the caution flag flew, the Race Steward gave Seth a penalty for driving too fast under the caution, the first in series history which dropped him to eighth on the results sheets.

“We always want to race to the end and see the checkered flag,” added Lucas. “What happened today left one driver injured and two badly damaged, nearly destroyed race cars. It is uncalled for and for me to get a penalty in all of this is a little absurd. Despite the gut punch, we will keep our heads high and go win Sebring in one month!”

With only two event weekends remaining in the GT America Powered by AWS season, Seth Lucas will have some exciting announcements on the horizon. Stay tuned…