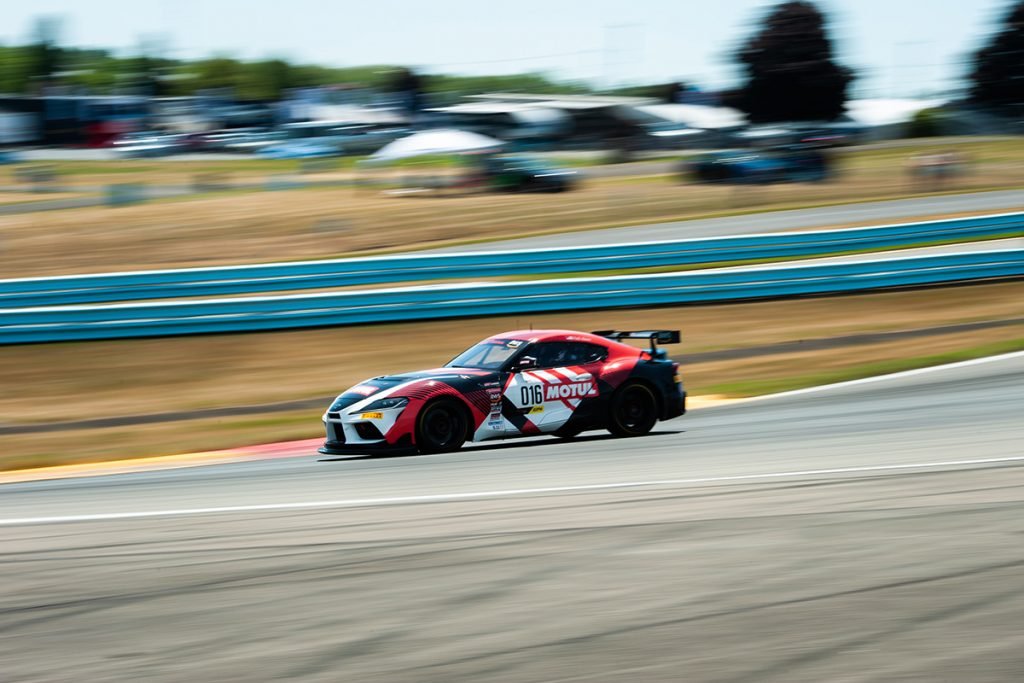 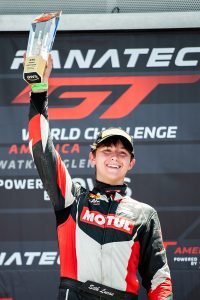 Seth Lucas and Hattori Motorsports scored not only their first win in GT America but swept the competition away this past weekend at Watkins Glen International winning both wheel-to-wheel races. This is the 16-year-old Ohio native’s first year competing in the GT America Powered by AWS series and this weekend was his GT America debut as he had formerly been racing in the Pirelli GT4 America class this year with a co-driver.

A short three-day race weekend didn’t provide much time for the young driver to get acclimated in his new setting, but Lucas was there to compete. Friday saw two practice sessions where the Motul USA branded driver was showing great pace which he carried into qualifying Saturday morning. After aiming for the pole position, Seth Lucas ended the session in the second position, but later moved forward to officially earn his first pole position after a technical issue with a fellow competitor.

Now starting on the inside of the front row with a very quick Toyota racecar, Lucas just had to have a clean race to score his first career win for both he and the team. Repeatedly breaking away from the pack in between yellow flags, it was clear Lucas was on track for the top step on the podium. Remaining in the lead for the entire race, Lucas completed his first GT America race taking a flag-to-flag victory and finished fourth overall.

“The team worked so hard for this,” explained Lucas, “It was a clean race for us. I was just trying to keep it all together and not make any mistakes. Happy we could pull out a win for the team, Toyota and Motul USA. Thank you to my Hattori Motorsports family for all their hard work and support. Let’s do it again tomorrow!

With the victory, Seth Lucas became one of, if not the, youngest winner in the GT America Powered by AWS program.

The opportunity to prove he could do it again arose less than 24 hours later with the second race of the weekend. Lucas would once again start the race on the inside of the front row and the result was similar. Seth Lucas was on a roll and showed no signs of slowing down, extending his lead 2.5 seconds ahead of the competition before allowing the competition a chance when the yellow flag would fly. A brief stint of green flag competition was slowed again by a caution period, but Lucas was unfazed mastering the restarts and driving to the checkered flag, his second career GT America win and second on the weekend.

Lucas continued, “We couldn’t have asked for a better weekend. Two pole positions, two wins, two races from the front the whole time, it really could not have gone better and we’re already looking forward to the next one.”

It will be one month until Seth Lucas can go for win three of 2022 as he tackles Road America over the August 19 -21 weekend.